I returned last week from this remarkable point-to-point traverse of the Los Padres National Forest that begins in a desolate valley, climbs to pine covered mountains overlooking the Pacific Ocean and Channel Islands National Park before descending dirt roads and single track through the iconic foothills of Santa Barbara to the beach.

I also wrote about this tour after a trip last May, but have since done the route differently and covered a longer distance.  In my notes I have started to refer to as "the wilderness divide" since an essential portion of the route passes along the boundary between two distinct wilderness areas.  This characteristic is also one of the reasons this is such a great route and the only viable way to ride bikes in this portion of the Los Padres.

Beginning at Bates Canyon in the Cuyama Valley, this route climbs to the Sierra Madre Road (dirt road) and then follows the ridge line to the magical Painted Rock Camp at Montgomery Potrero.  Incredible Chumash rock art is evidence of an aboriginal settlement at this location.  From there, the route continues along the Sierra Madre Road to the junction with the Buckhorn/Big Pine Road (dirt), which then climbs through pine and oak covered hills to the flanks of Big Pine Mountain.  A long descent through that highlights the change from conifers to the chaparral ecosystem leads to the comfortable campground and Forest Service Patrol Cabin at Bluff Camp.  The Buckhorn Road continues from here and then climbs to near the summit of Little Pine Mountain before a thrilling descent past the Chalk Bluffs to the foothills of the Santa Ynez Mountains.  Superb camping and numerous options for sweet single track abound. Breaking from dirt for a very short section of pavement at the Santa Ynez River then leads to a dirt road climb to the mountains directly behind Santa Barbara.  Views of the Santa Barbara, the Channel Islands and the Dick Smith Wilderness and San Rafael Wilderness provide remarkable perspective on this portion of Southern California.  A final descent down Romero Canyon (although there are several options for incredible single track descents in this area) leads to Summerland and eventually to the burgers at Padaro Beach Grill, which is a convenient pick-up or shuttle point.

Roughly 105 miles.  We did this route slowly over 6 days and fully immersed ourselves in the beauty of the Los Padres National Forest.  My companions were students from The Thacher School in Ojai and an alumnus of Thacher.

Water was rather thin this year (no surprise), but there was adequate supply at key points.  Information on springs and creeks can be gleaned from www.hikelospadres.com.

Thank you to Nick for sharing his photos of the trip with me.  My compact camera failed on day one. 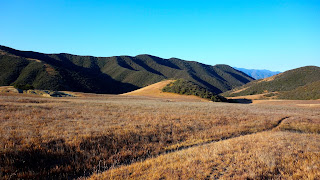 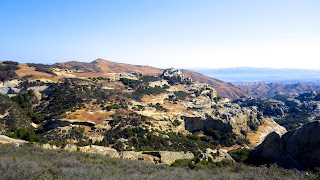 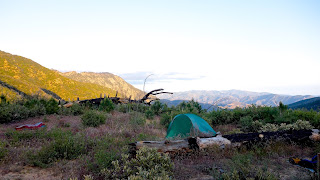 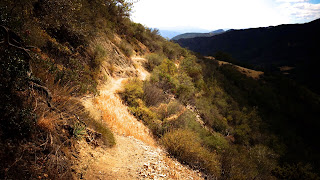 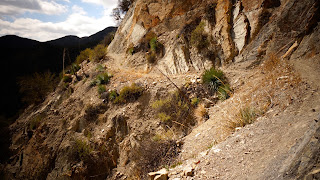 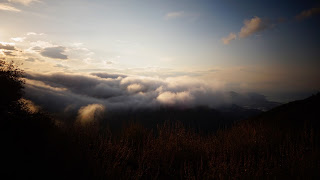 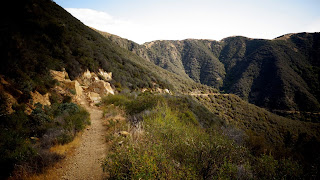