After another foot of snow fell in the San Gabriel Mountains this week, I made a Thursday trip up to Mtn. High with some students from The Thacher School. I ventured out to the west of the ski area and found good coverage in the trees and glades. This was one of the few times that I didn't take a camera, but I recorded some of my turns on my very low resolution (!) camera-phone and have included them here. In some cases I was only 40 yards from the top of one of the lifts, but I had the place pretty much to myself, that is except for one run early in the day in which 8 students, a faculty member from Thacher and I put tracks down a bowl faster then you can say "So Cal." 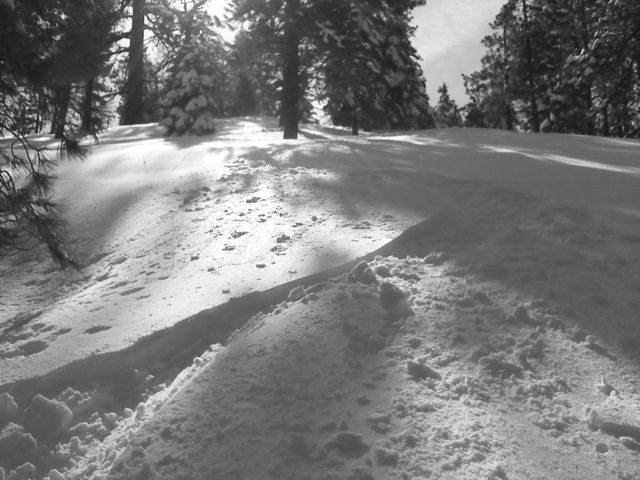 Dry powder on the northern aspects 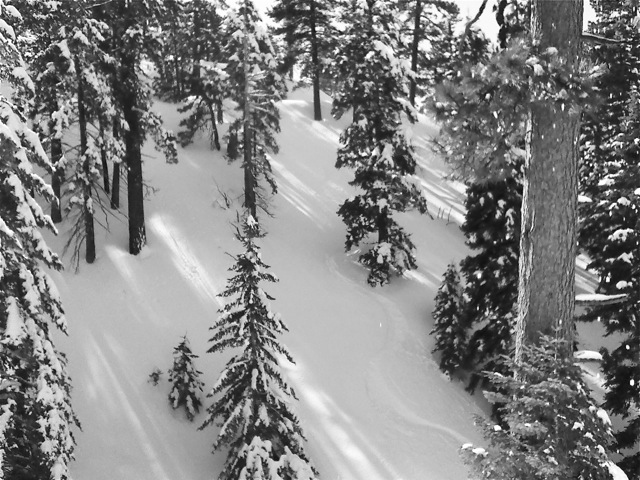 One of my favorite runs of the day 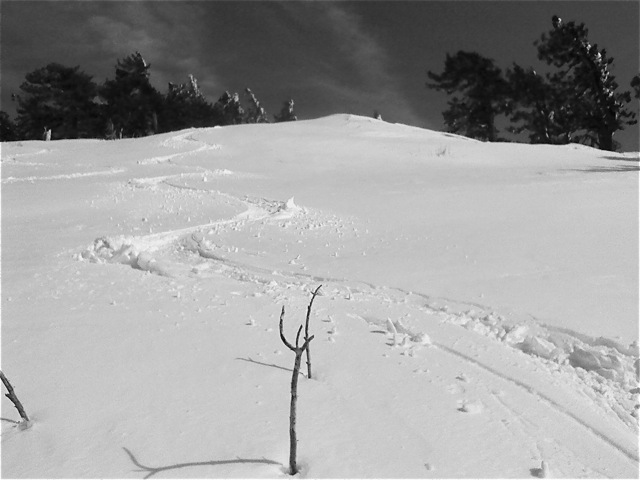 Below the West Summit, late in the day 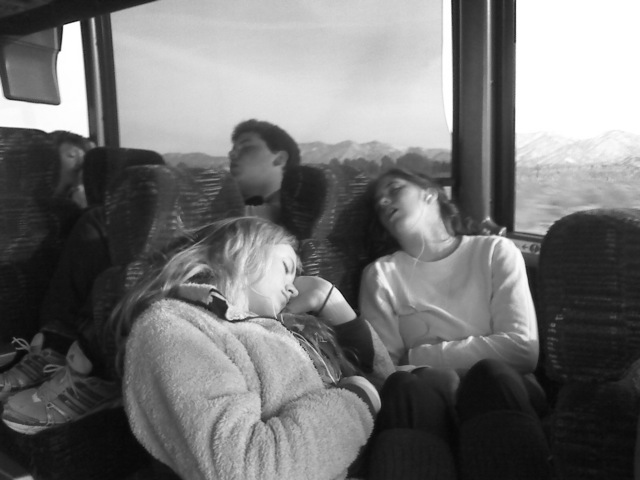 Alex Macmillan, a senior at The Thacher School (Ojai, CA), and I discovered 5-6" of fresh snow on Mt. Pinos this past Super Bowl Sunday. We left Ojai at 6:20 AM, and by 8:30 were skinning up the first hill before dropping down our first run of the day (the first image below). We marveled at the gray-blue skies, the cold (22 degrees F), the thickly rimed needles on the conifers, and, of course, the superb skiing. Mt. Pinos is described as a nordic ski area (with a road to the top but no lifts), but with the right snowpack it also has good backcountry downhill skiing.

We made it back to Ojai in time for Alex to join his classmates for a Super Bowl party and for me to enjoy the rest of the afternoon playing in the sunshine with my twin daughters Adeline and Daisy. I may be a little biased as a seventh generation Californian, but I am consistently surprised and impressed by the variety of landscape and the potential for honest adventure in our backyard. 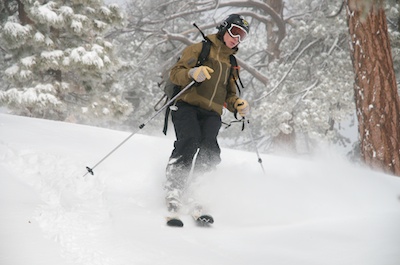 A-Mac on our first run of the day 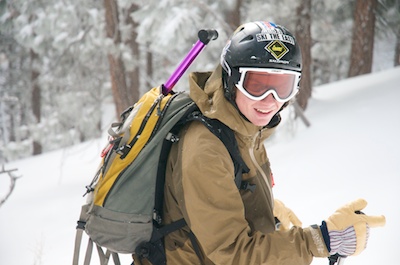 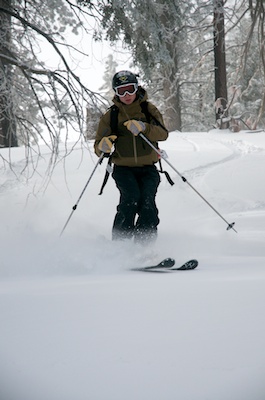 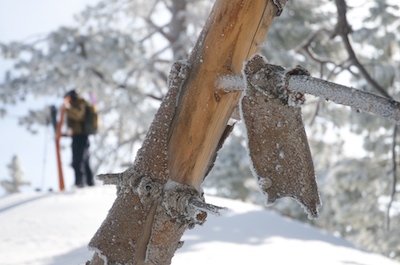 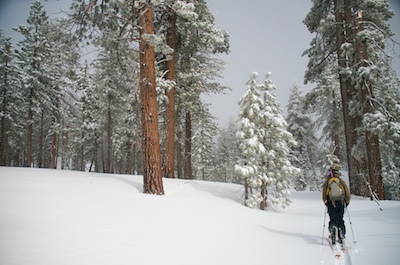 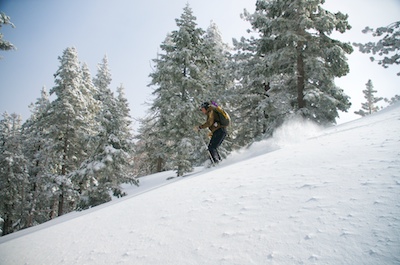 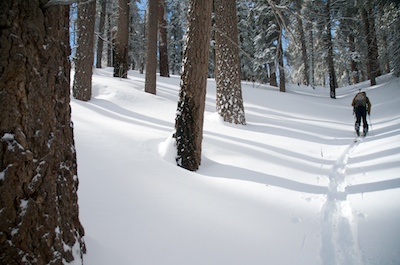 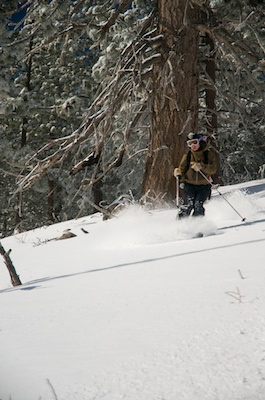 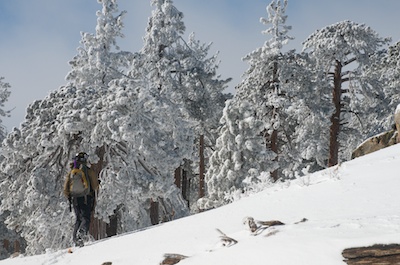 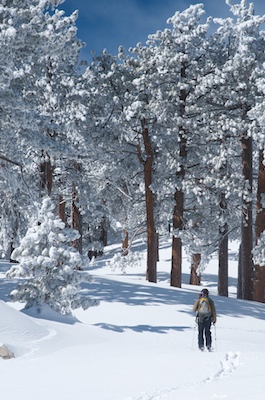 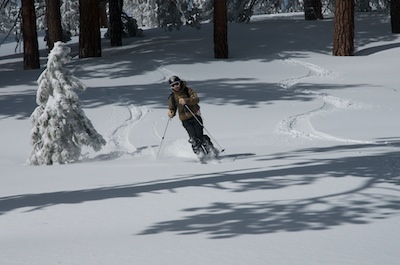 Glade skiing below the summit plateau 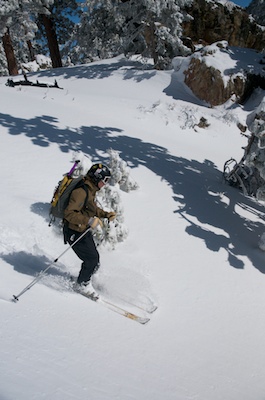 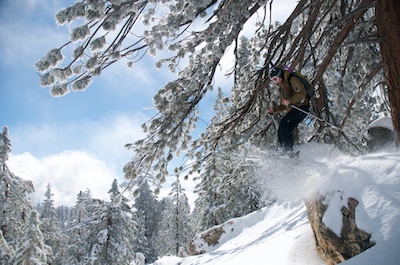 Man in the landscape: Alex airing off granite boulders 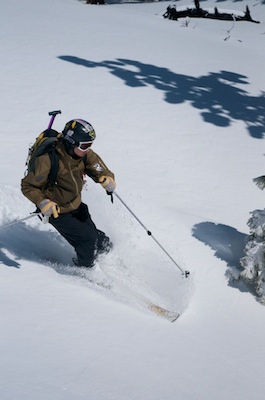 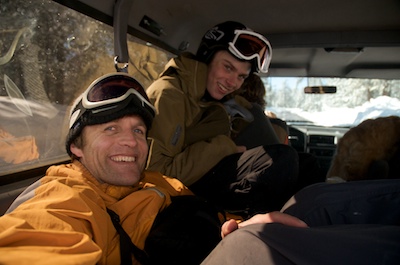 Hitching a ride back up the road. We squeezed into the back of a Ford Bronco (I emphasize the "squeeze") of a snowboarder also named Alex. He turned out to be a Chewonki/Maine Coast Semester grad as well. Small world! Thanks for stopping and giving us a ride buddy! 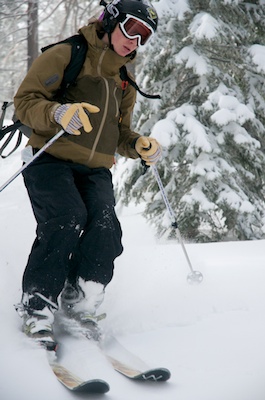 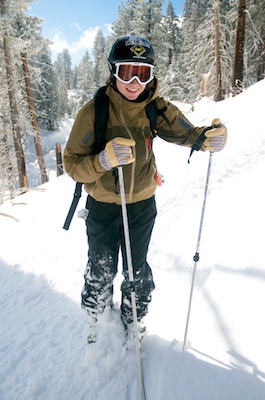 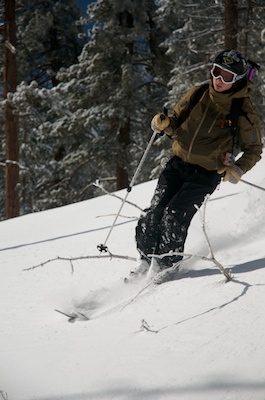 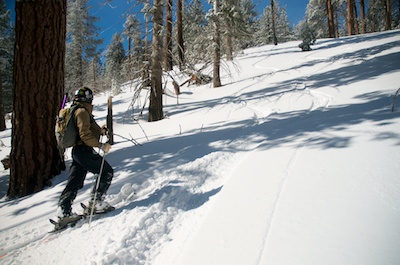 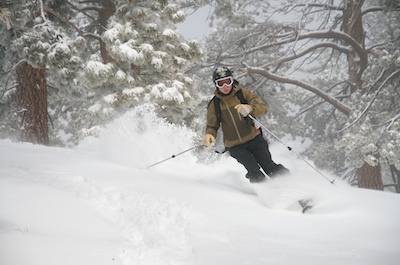 Posted by Brian Pidduck at 2:00 PM