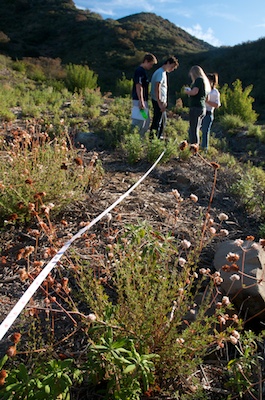 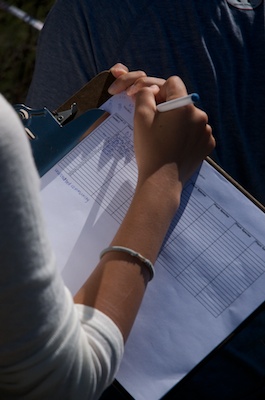 Calculating biodiversity in two sites in the chaparral ecosystem. The first is undergoing secondary succession after being cleared by a bulldozer in the spring of 2009 in order to establish a firebreak (wildfires are frequent in the chaparral). The second represents an intact ecosystem with higher biodiversity and plant density, having reestablished after a wildfire in the late 1990s. 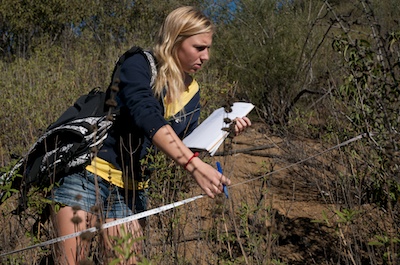 Data was collected to determine coverage of species, density, frequency and diversity (according to the Shannon-Weiner Diversity Index). The most inspiring example of transects are those conducted by Michael Fay, such as the African Megatransect and the Redwood Transect.
Posted by Brian Pidduck at 8:38 PM