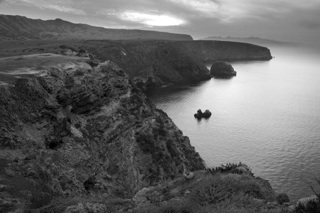 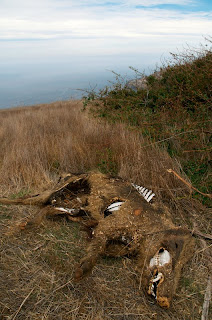 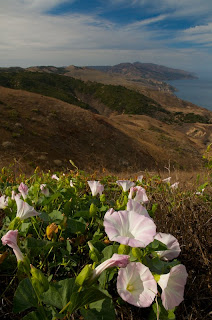 The Lorquin's Admiral is a native butterfly to Southern California.  I photographed this individual in a small "studio" that I set-up on the spot.  She was momentarily captive, shot in a miniature studio, and then released. 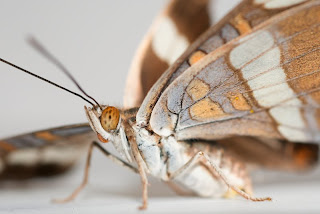 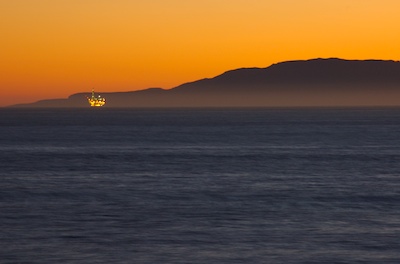 Impact upon the environment comes in many forms, and often the impact is profound: an oil spill from a ship that coats the shoreline with a noxious film, the devastation to a region overwhelmed by radiation emitted from a nuclear reactor accident, or the accumulation of factory emissions that kill people as they go about their daily lives.1

Yet just as significant are the small changes and impacts that occur all around us, albeit at a rate and visibility that often warrants little notice. These are the unreported sewage spills that spoil our rivers and render our beaches unsafe for swimming, the oil derricks that sprout up on our wild lands to feed an ever-increasing appetite for petroleum, or the disappearance of a fish species once so numerous that it filled the bays and inlets of the northeast and was the backbone of an economy and culture. We are less apt to respond to incremental changes in our environment; we adapt to and accept our surroundings, sometimes out of necessity. And often we are unaware when we contribute to these very same problems by virtue of the food we buy, the products we consume or the lifestyles we lead.

By turning my lens upon these things I hope to inspire people to take a second look at something that they may have already seen and accepted. I hope to inspire my audience to recognize that these small impacts stack up such that their cumulative impact is greater than the sum of the parts.

At the same time, there is a great deal of beauty and mystery in the natural world and to experience it either directly or indirectly, as through photographs of wild animals, is to feel the stirrings of wonder and awe. These emotions can then lead to appreciation and then, hopefully, an elevated conscientiousness. There are also individuals and groups that demonstrate the positive influence we can have upon one another and the environment, from the local organic farmer supplying produce to local schools to the National Resource Defense Council levying political weight on important issues.

As photographers we play a powerful role in revealing the human impact evident in our communities, our country and our planet. We can instigate a double take in our audience and help others to see the world from a perspective that is both critical and celebratory.

Caption for first image: Offshore oil platform and Santa Cruz Island, California. There are currently 20 offshore oil platforms in the Santa Barbara Channel. 15 are located in federal waters, 1 is located in state waters in Santa Barbara County, and the remaining 4 are in state waters in Ventura County. The federally run Minerals Management Service estimates that there is a 41.2% chance of a 1,000 barrel or greater spill for the next 28 years in this area.* Such spills represent a significant hazard to marine ecosystems, which is of even greater concern considering the proximity of these offshore platforms to Channel Islands National Park, home to several species found nowhere else in the world. (*www.sbck.org) 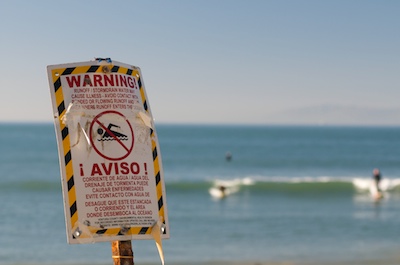 Winter rains in southern California funnel pollutants from urban, agricultural and industrial areas into creeks and rivers, which in turn concentrate pollutants along the coasts. Water quality is often so poor that local environmental health groups advise against entering the water. 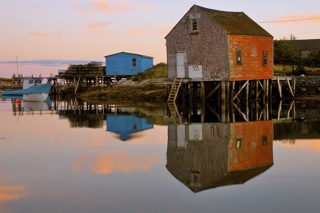 Delapidated fishing stage in Prospect Bay, Nova Scotia. Structures such as these are remnants of a once thriving Atlantic codfish industry. This plight, however, is not unique to Nova Scotia. Around the planet marine species are in massive decline, which is having a resounding impact upon the economies and livelihoods that were based upon a resource previously believed to be inexhaustible. 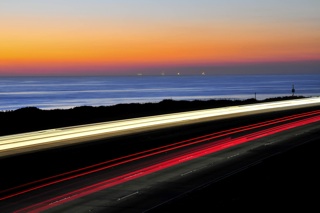 A juxtaposition of three California Icons: the Pacific Ocean, offshore oil platforms and cars. The consequence of our love of oil comes in the form of degraded ecosystems and polluted oceans. Despite the ubiquitousness of these oil platforms on our coastlines, the U.S. imported 59% of its oil in 2006*. Analysts predict that we will import 70% by 2025**. (*www.eia.doe.gov, ** usinfo.state.gov) 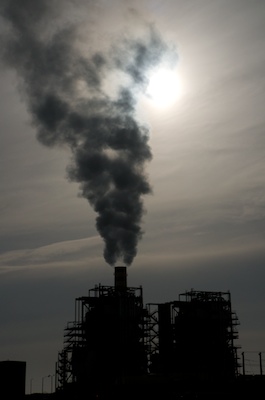 Emissions from the Mandalay Power Plant in Oxnard, California are released into the atmosphere. These include nitrogen oxides and carbon dioxide, although in smaller quantities then those released from coal power plants. 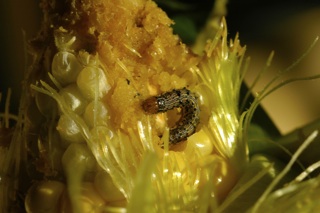 Pesticide resistant larvae feeding on sweet corn. The mere presence of this larvae on corn that received heavy applications of pesticides is evidence of genetic resistance and resurgence of an agricultural pest. In many ways, the use of pesticides initiates a treadmill in which the only solution is to increase the concentration and toxicity of pesticides. The outcome, however, is not to our benefit. Studies indicate that pesticide resistance results in losses that total at least $1.4 billion per year in the U.S. alone.* 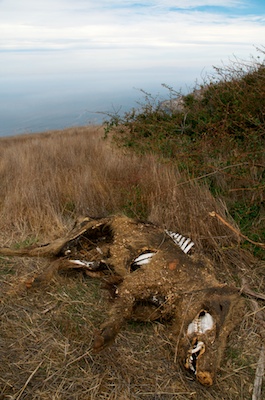 The remains of a feral pig on Santa Cruz Island, Channel Islands National Park, California. Pigs were introduced to Santa Cruz Island beginning in the 1850s and had negative impacts upon the native flora and fauna. A controversial pig eradication program was initiated in 2004 and completed by July 5th, 2006. 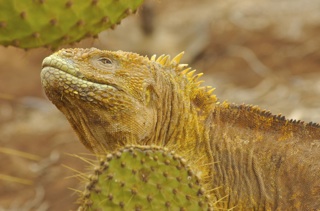 A male land iguana after a failed attempt to feed on the buds of an opuntia cactus. Although land iguanas are common throughout the Galapagos Islands, the colony on each island is unique due to the fact that each population is geographically isolated from the others. The regulations that protect the Galapagos Islands were developed with the intent of managing the area for the sake of the flora and fauna, many of which are found no where else in the world. 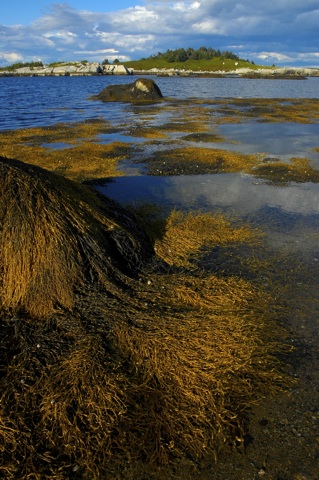 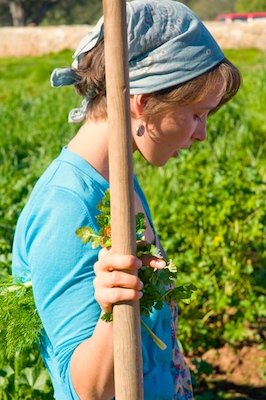 Grace Bueti tends to organic crops and serves as an education coordinator for Rio Gozo Farm in Ojai, California. The farm supplies produce to local schools and supports a community service program that trades produce for volunteer labor.

Posted by Brian Pidduck at 4:00 PM